Chiswick High Road Action Group carried out a survey to discover the true reactions of local residents to the proposed redevelopment of Empire House, Acton Lane, and Essex Place after developer Lend Lease claimed that their “consultation” had shown overwhelming support for their development. For more information about this development click here.

CHRAG received over 450 responses between 6th October and 6th November 2014 and the results are presented below.

“Affordable housing should be included throughout the scheme, not simply in one area of the proposed development. The decision to re clad the 1960s tower block monstrosity was wise. The proposed design is not.”

“Not in keeping with context of Chiswick. Poor design quality. I welcome good development, but […] this scheme looks particularly unsympathetic, crude in design and looks to aim only for maximum return for developer with minimum investment for the development’s locality”

“The current proposal lacks creativity and is a mere attempt to stack high as much profit as possible without a care for the community.”

“Key point is height – I do not want the village atmosphere around Turnham Green and Chiswick generally to be compromised by tall tower blocks. This plan for this proposed development need to have the height of its buildings dramatically reduced and its proportion made to match and harmonise with surrounding structures and architectural proportions.”

“The nearest of the proposed adjacent buildings so artistically shrouded by trees is too high. The appearance of the shop fronts too uniform. The charm of the High Road is its diversity”

“proposed buildings too high, Chiswick is not a high rise area – three floors high max, not enough parking for more cars and public transport struggling to cope as it is”

“Happy for the development, but its not in keeping with the rest of the area. Lower height would be preferred […] and therefore am not happy with the scheme as it currently stands”

“I think the increase in massing of the development is inappropriate in this location.”

“Any new development in Chiswick should be in style with the existing architecture and mistakes from the 60s should not be perpetuated and repeated.”

“This area would be ideal for mixed-use, including affordable housing (affordable sensu stricto). This would be best achieved by rejecting this development, taking down Empire House (already an eyesore), or at least lowering it to the level of already extant buildings, so that a new development (not necessarily by this contractor) would fit harmoniously with its surroundings. The current proposal is an eyesore.”

“Absolutely need planning for affordable homes, for investment in public space. Heights should not be increased”

“Strongly object to new blocks above 3 or 4 storey, to any increase in height of existing tower (which should not have been allowed in first place) and to any external balconies in existing tower. Do want to see shops at base redeveloped and would not mind considerate conversion of office block to residential to support this though would want that block vastly reduced in height.”

“These proposals are, to me, yet another encroachment on the character of London. Victorian buildings are now being destroyed apace in the centre, to be replaced by tower blocks that could be anywhere on the planet […] These latest proposals simply enshrine that original bad decision and make it worse by adding yet more out-of-place blocks. The proposals are simply an extension to the suburbs of the over-development of London with second-rate buildings already apparent elsewhere. It is very easy to change the character of places like Chiswick for the worse, but it can never be changed back. So, yes to more human-scale affordable housing in keeping with Chiswick’s character; no to more tower blocks.”

“No high rise please. All development should be kept aligned to the rest of Chiswick”

“The existing tower is totally out of character with the rest of the street scene and should never have been approved. Making it even more intrusive would be a travesty. Two wrongs do not make a right.” 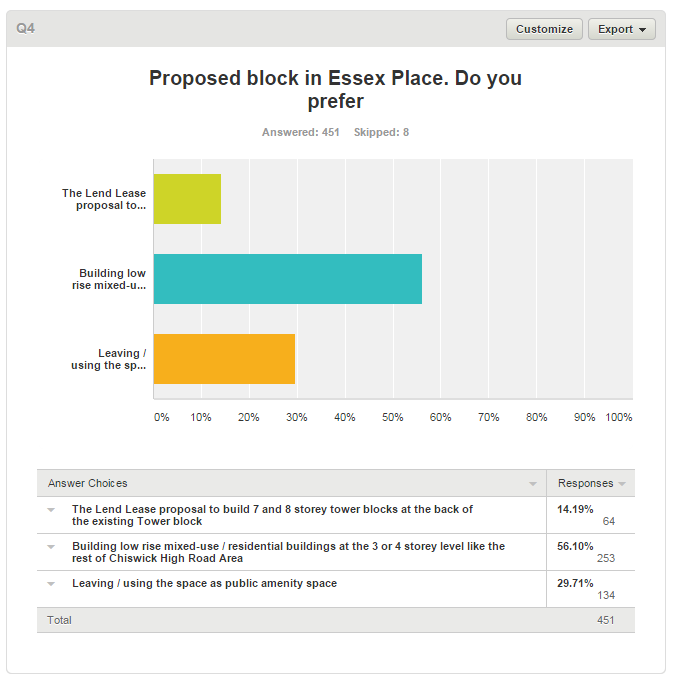 What do locals want for Essex Place? 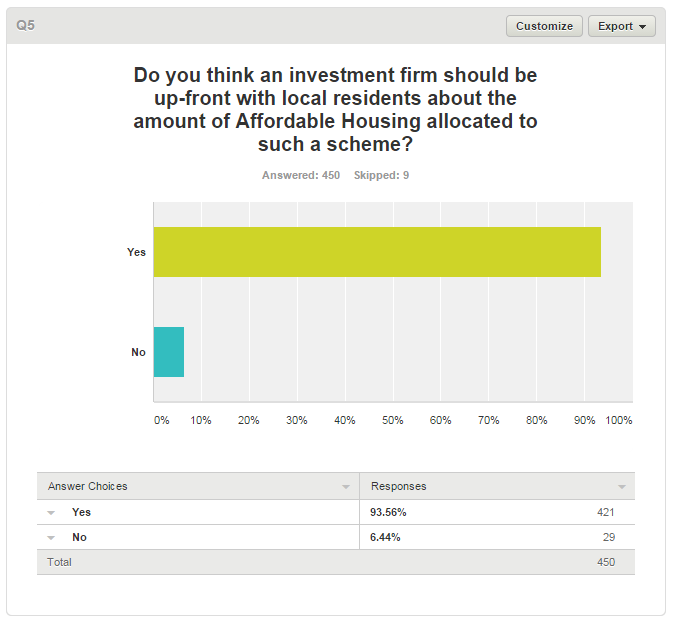